I was in Da Lat, the 4th city in my solo female backbacking trip in Vietnam. I celebrated the TED which is the lunar year of Vietnam with my backpacker friends I met at the  hostel, at the cafe and along the way, yeah I am quite social when I travel:) There were thousands of people outside to watch the fireworks and have their own fire crackers.

The next day of the new year was something that I didn’t expect to see. It was super quiet, like most places were closed, few people were outside…and my friends were gonna be off  to the north of Vietnam and I wasn’t able to book a bus or train ticket either as all of them were booked way in advance, awesome!

I was stuck…So I said, “Evrim, first go and find a place to have breakfast and then we’ll figure out sth else”…

I walked up and down in Da Lat, but nope, most cafes and restaurants were closed due to TED holiday. I spoke with my mom on the phone to give her a heads up while still trying to look for a place to eat sth but let me tell you that she just doesn’t like to see me struggling, even for breakfast:)

After two hours, I found a local Pho Soup place. 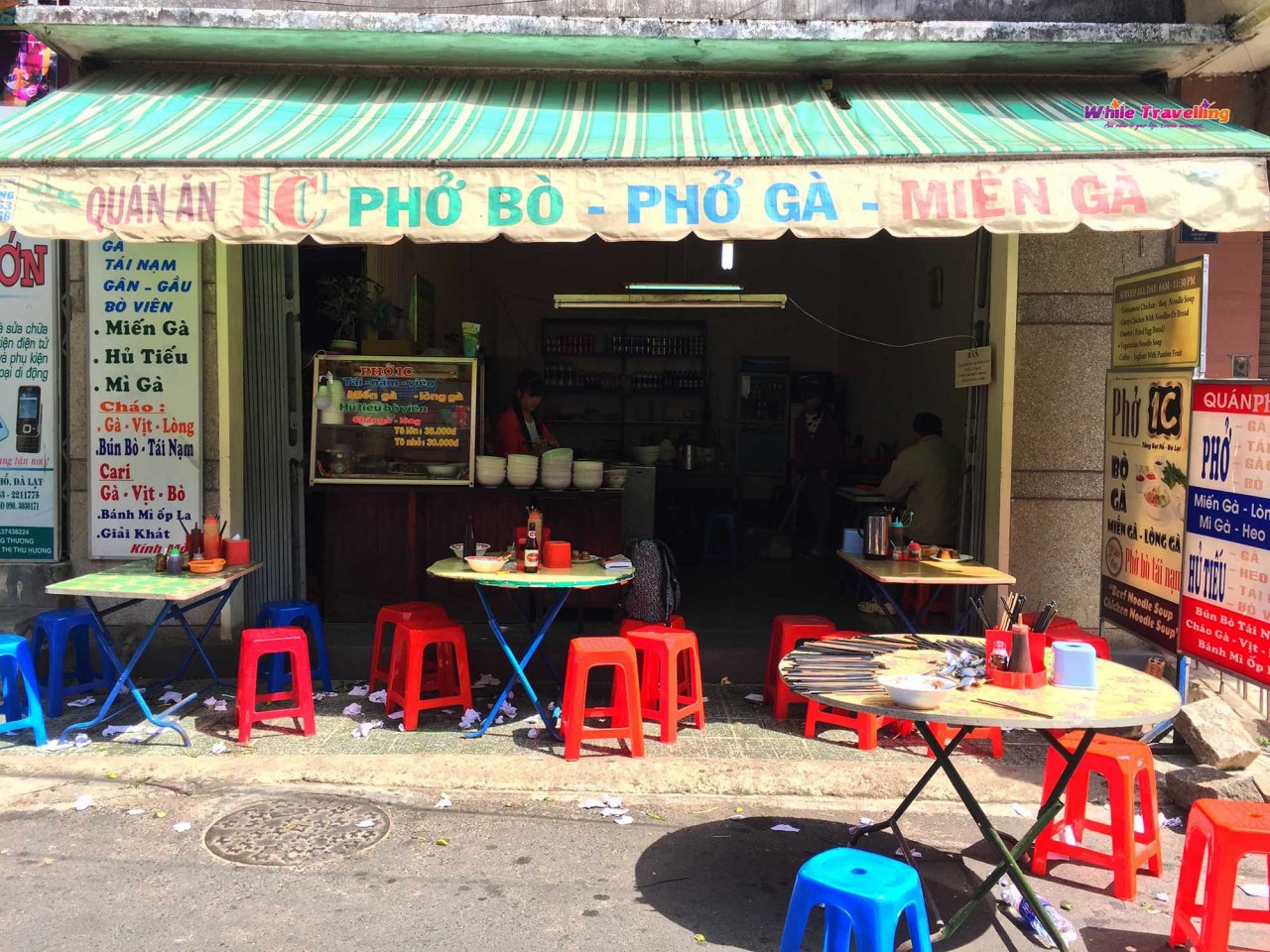 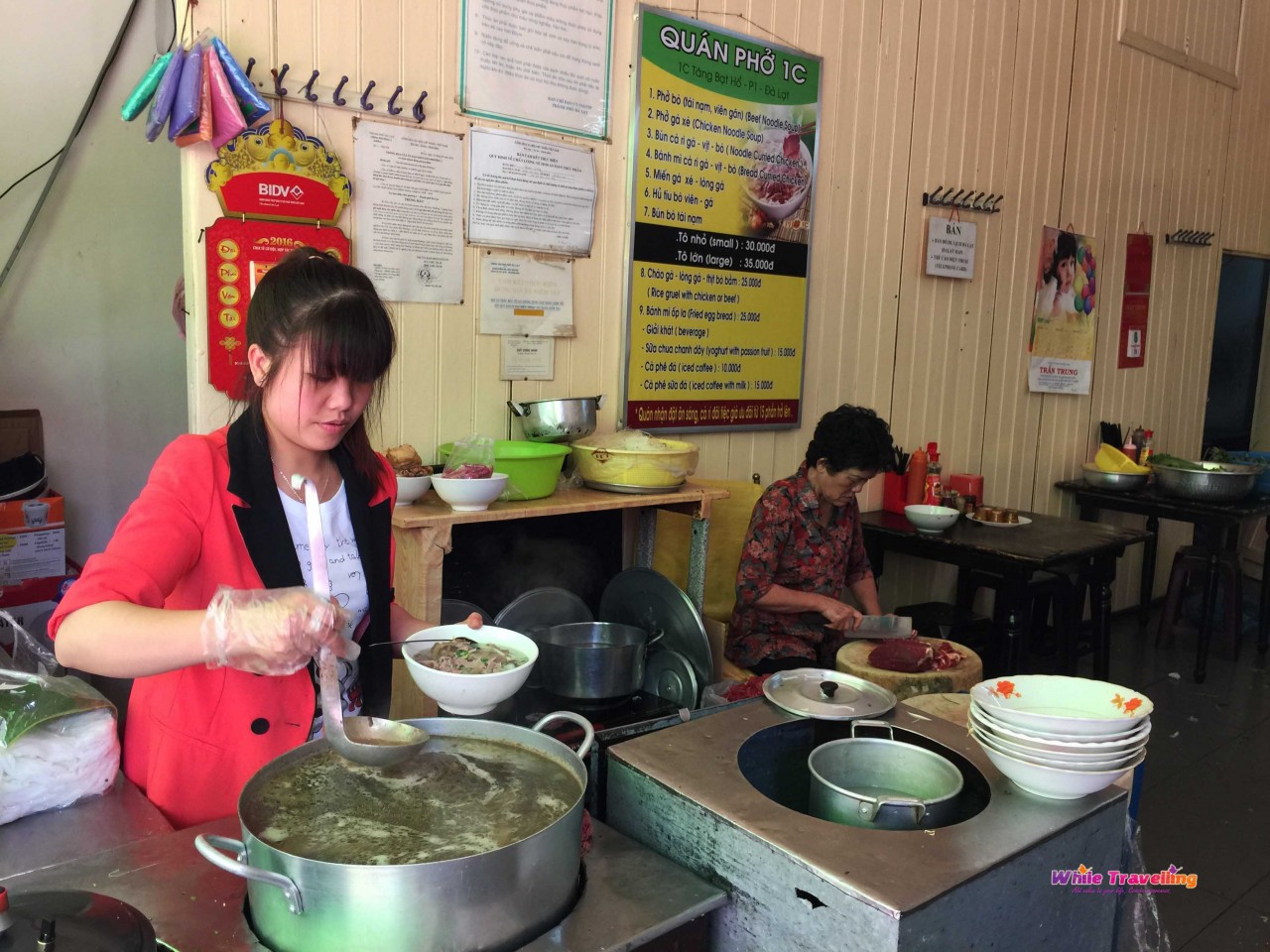 I ordered one of their national soups and started to look around to see if there is any bus agencies that I could walk up to ask for tickets, giving up is not the option right:)

As I was looking around, I realized a street vendor selling sandwiches at the street corner and gave myself a kick not to find it earlier. Then I saw that there was a foreign girl buying some sandwiches and also looking at where I was sitting. I was also looking at her as I thought all the foreigners left Da lat, but I was wrong.

I was taking some pictures of the chopsticks, the buildings and then realized she was walking towards me  and looking at me. I looked behind but there was no one. She came close and asked me

She answered “I recognized you from your sunglasses, they are unique”…wauwwwww!!!

I smiled in surprise…I invited her to my table, we chatted a bit and took this selfie…. 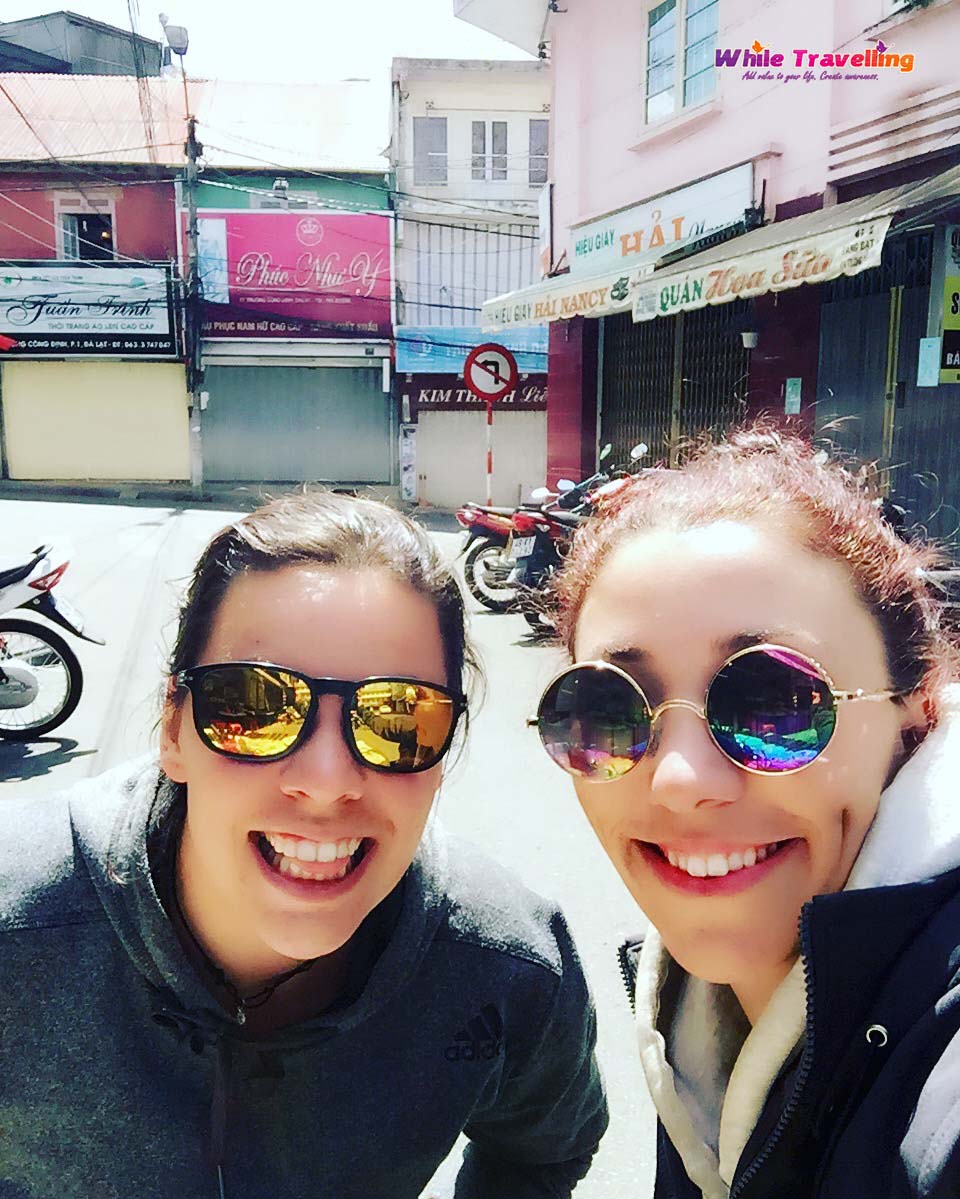 Let me introduce her to you. Her name is Florence from Montreal, Canada. She is a university student and she was also on a solo female backbacking trip.

She went back to meet with her friend.

She definitely made my day…seriously that was an amazing experience, being approached by one of my instagram followers in the middle of nowhere:)

But that wasn’t it, we ran into each other later on that day and that’s another story:)