In the name of the power of the tunnels!

The communist soldiers who were known as Viet Cong (the communist forces that were in the south of Vietnam ) dedicated themselves to save their country against the management of the Southern Vietnam and American forces by building something insanely amazing! The reason why the North Vietnam management and Viet Cong won the Vietnam/ American War which caused dramatic loss for both sides, was the hundred of kilometers of narrow tunnels under the ground.

Cu Chi Tunnels, which were digged by the bare hands of the Vietnamese… 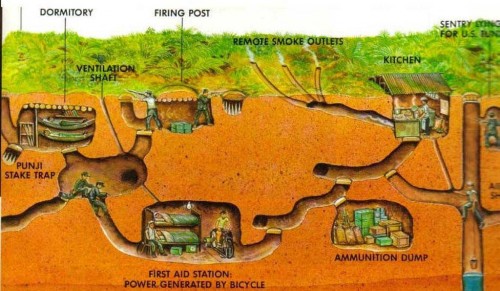 Vietnamese forces started to dig tunnels with their bare hands to save the country from the French colonies in 1940s. In 1960s, when more and more American forces arrived Vietnam, Viet Cong increased the number of hands that were digging tunnels and started to connect them with each other.

Living without the daylight…

During the Vietnam/American War, Americans were bombing that lasted the whole day and caused Northern Vietnamese and Viet Congs to hide in the tunnels to stay alive. As they were spending the whole day in the tunnels, they turned the tunnels into living centers by creating kitchens, hospitals, villages, theatres and shelters…

The Strategy under the ground

These tunnels change the whole direction of the war. Look, how brilliant is it to execute these strategies? As the tunnels were hundreds of kilometers long, reaching almost to the Cambodian border, American solders were camping right above the tunnels without knowing that their enemies were waiting in full silence and darkness for the night to come out and attack Americans while they were relaxing and having fun. After the attack, Viet Congs were hiding back into the tunnels by crawling and at some point dragging themselves from the narrow tunnels which the Americans had no way to fit in.

How narrow can the tunnels be?

It was so narrow that you and me could not fit in. You had to walk like a monkey and even sometimes drag yourself like a snake. Only if you passed these narrow tunnels, you were able to reach to the living centers.

Don’t think these are the normal type of tunnels

When Americans realized that they were being hunted by Viet Congs coming out of Cu Chi Tunnels, they started to train their soldiers to be a tunnel rat but still they weren’t able to handle with Viet Congs’ brilliant tunnel strategy, so they started to bomb wide areas with chemical weapons. This was such a strong weapon that killed and hurt both sides and even the following generations of both sides. Whoever breathed that chemical, faced with vital health abnormalies by having extreme skin problems, melting bones and even worse…45K Vietnamese lost their lives defending these tunnels.

The bombs which didn’t explode or the leftovers from the explosion were the biggest resources for Viet Congs to make new weapons by melting them and they were even making special flip-flops out of them, the ones that weren’t making any noise while walking but heavy enough to hurt ones head if you were to throw them at someone. You can also buy these flip-flops in the Cu Chi Tunnel Museum. 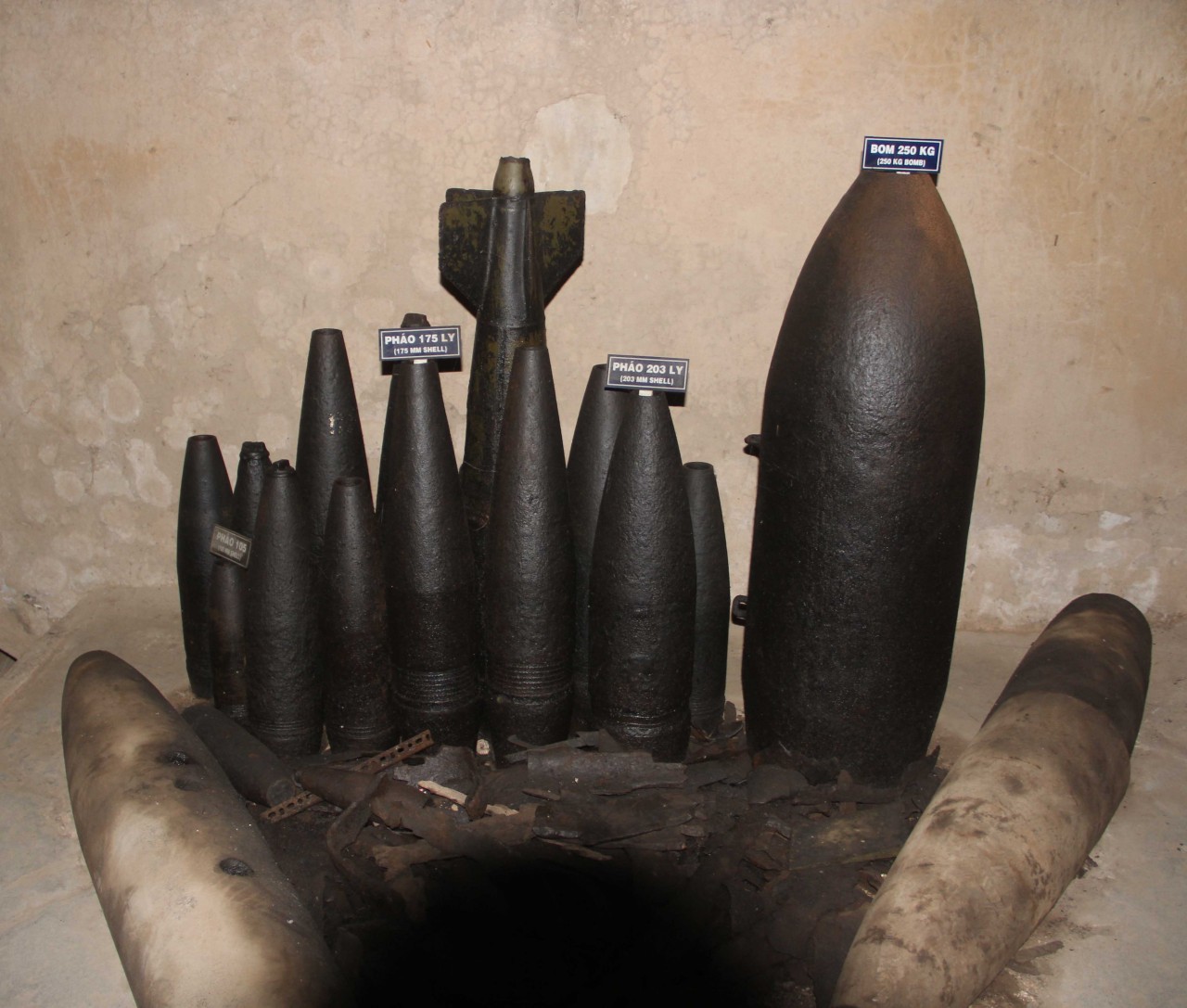 Most of the tunnels due to American attacks were ruined but Ho Chi Minh, the leader of the Vietnam Government made the remaining of the tunnels a bit wider and turned them into a museum and opened it to tourists to make sure that everyone could see what had happened.

I went into these tunnels…As you’re not going to be alone and there will be enough light to see your way, you won’t feel that uncomfortable but the staff who work in the museum will warn you saying that if you have claustrophobia or any kind of respiratory illness, don’t go into the tunnels. When I was there, I was feeling sick with sinusitis and heavy cough but there was no way for me not to experience the tunnels. You might see that guys are hesitating to go in but ladies jump into the tunnel without even questioning.

In Cu Chi Tunnels area, you could see and try the various type of weapons that were used during the war by buying the bullets for the related type of gun. They are giving you the noise-blocking headphones but it is still not enough to protect you from ringing in the ears. Here is the monster I tried… 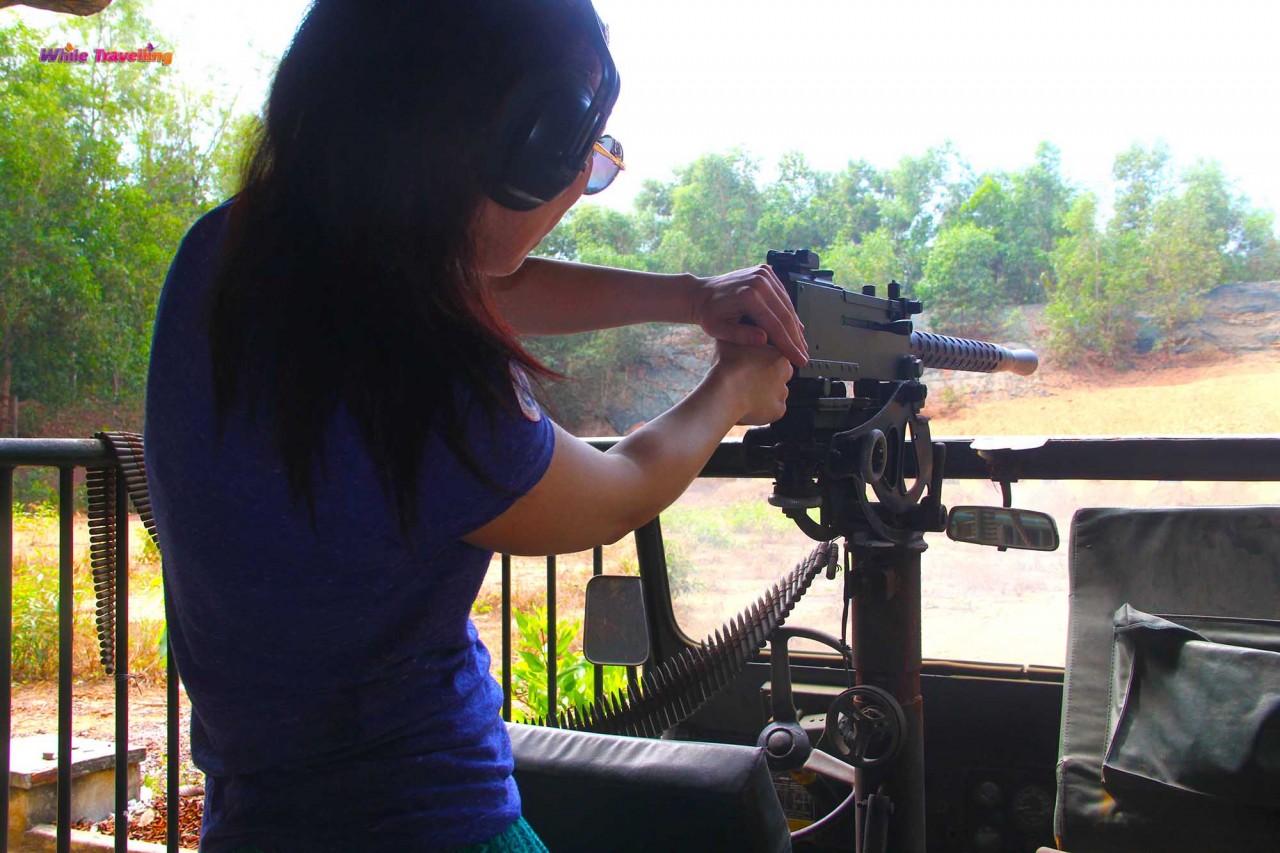 For the rest of the photos come and join us on  facebook  and instagram. In the next article I’ll be writing about the War Museum which was founded right after the Vietnam/American War.